Is your artwork missing something? This may be the problem.

I really can not say enough about this. I have seen artists who had amazing skill in drawing. They were accurate and had fabulous detail. Whats the problem then? Their work was terribly boring to look at. All of their shading was mid-ranged. No dark darks or really light lights. I get it. Its frightening to make that leap to make your darks REALLY dark. It takes time and practice to get over that fear, but in the end that one thing will make a far bigger impact to the viewer than you’re drawing skills themselves, no matter how well you draw (or paint).
Now I’m not saying I’m perfect, far from it, but I will use my own work as an example of what I’m talking about. In the photos below, the original is on the left with the left being the photoshopped version of what the same painting would look like drawn exactly the same but without the strong lights and darks. It is pretty obvious which your eyes are going to be drawn to. When you’re competing against other artists you NEED people to notice your work. Don’t let your lack of lights and darks be what makes them move onto look at someone else’s instead. 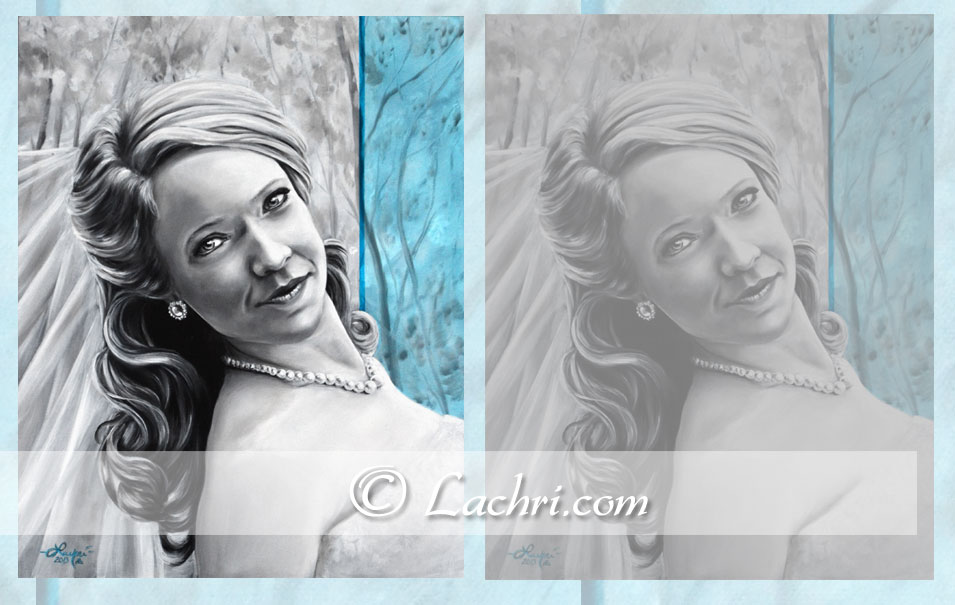