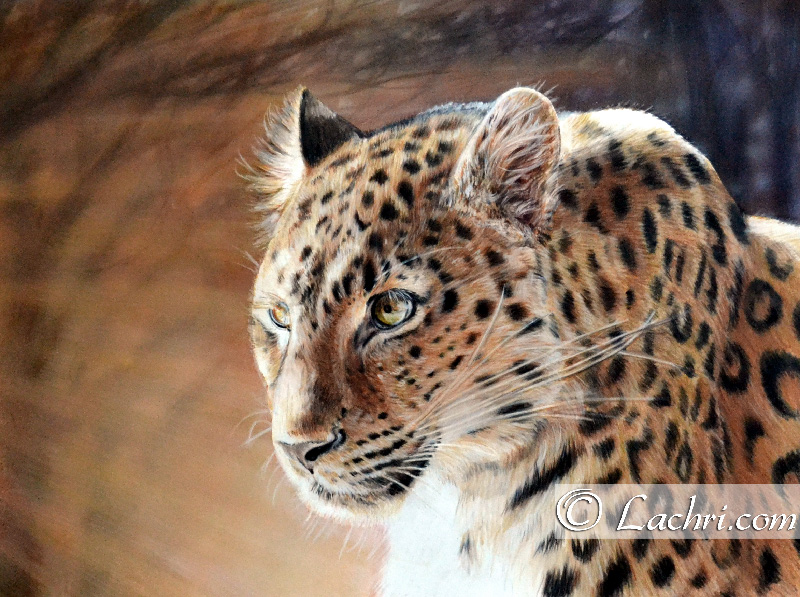 There will be a point in every single painting or drawing that I do where I want to throw it out and start over. This piece was no exception to that. Actually it was worse than normal. I airbrushed the background but was not getting the soft look I was going for. This is why starting a painting at 3am (before I had been to sleep) is a bad idea! I was rushing and not paying attention to what I was doing. My airbrush hose kept breaking and it was just a night of frustration. 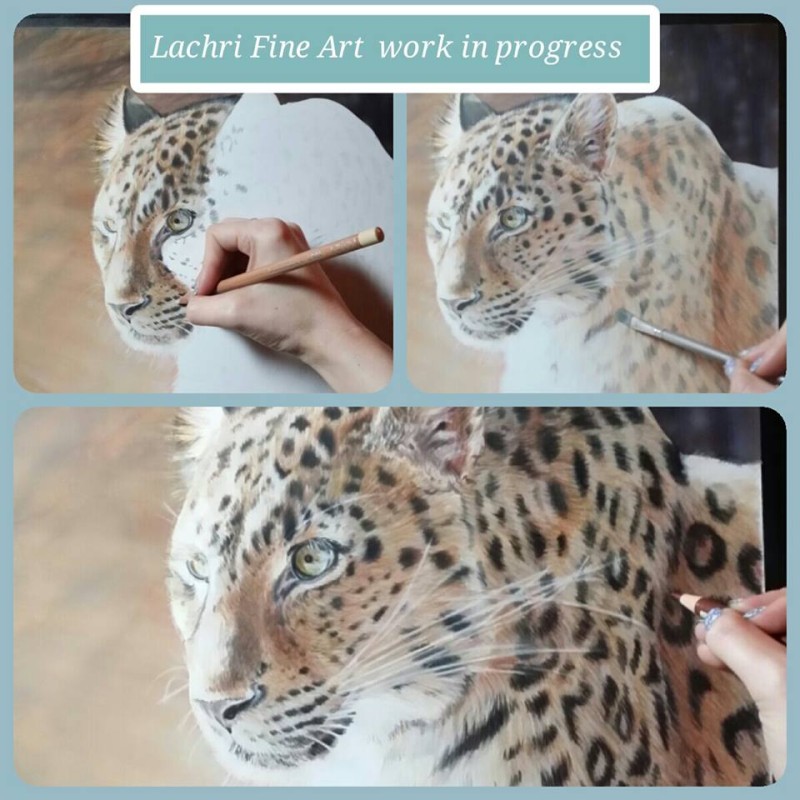 I decided to rework all of the background in colored pencil the next day. It took several layers to get it out of the ugly stage the airbrushed background had left me in the night before. Normally airbrushing the background of a piece saves me hours worth of work. This time it cost me because of my trying to rush it. Once I got into working on the leopard I was SO glad I hadn’t thrown it out. This really is one of my favorite pieces in colored pencil. This was also the first time I started playing around with the Caran d’Ache Luminance pencils in combination with the Faber-Castell Polychromos. Those two worked SO beautifully together. I used white and some of the cream and pale tan tones with the Luminance and the rest was polychromos. I also used some of my defective prismacolors for the background. Because at that stage I honestly thought I might throw it out, I didn’t want to waste my “good” pencils on it.

The moral of this story: When you think something is ruined, keep working on it! You can usually save the piece with a bit of patience and layering. And you never know, it may just turn out to be one of your best pieces yet!