Today’s submission comes from artist Jake Clayton. You can visit his Facebook Page for more of his work! This piece was completed in acrylics with the goal to make it as realistic as possible. I don’t have your reference photo, but I can say this looks very very well drawn!! I LOVE the reflection in the eyes and the detailing around the nose! 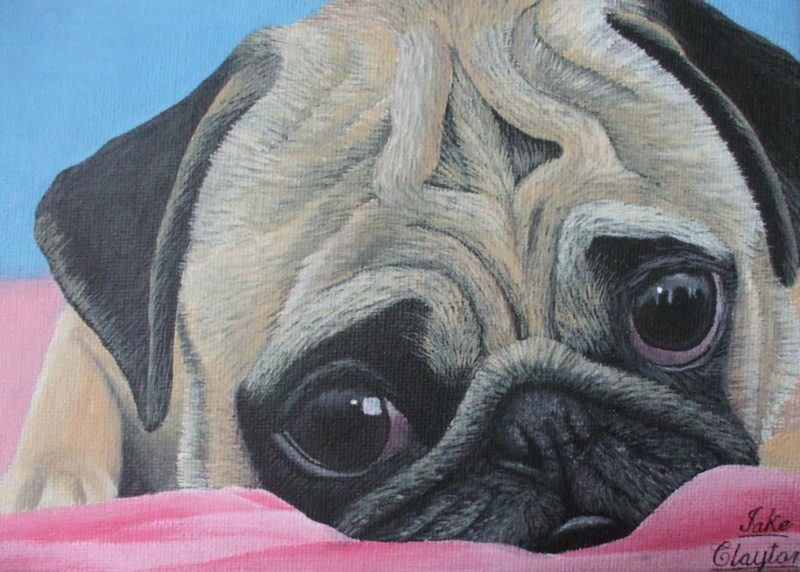 You said you wanted to go as realistic as possible, and there is one thing you can do that will make all the difference in the world in your pet portraits. Glaze more color! You’ve done all the hard work, now if you just glaze a bit of a deep vandyke brown into the wrinkles and around the muzzle, even a bit in the eyes, it will make this guy look that much more three dimensional! 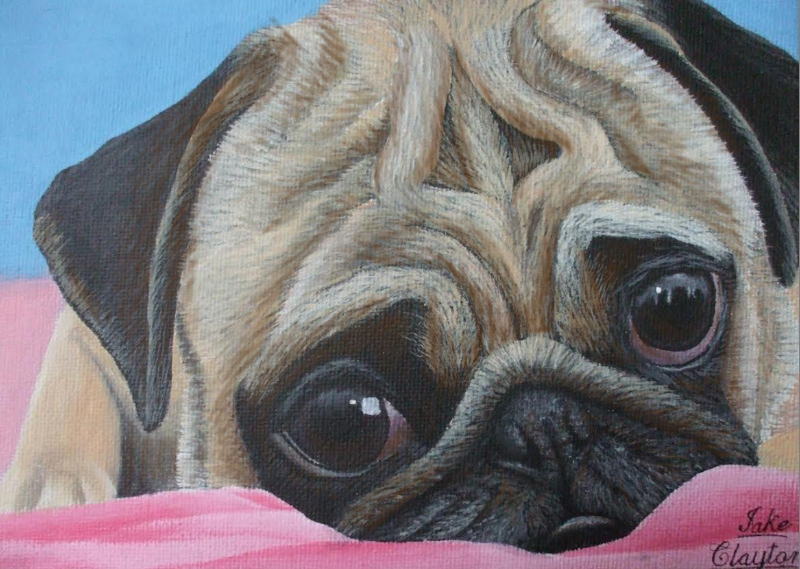 As you can see, it doesn’t take much to make a huge difference.

The next thing you can do is to add even more detailing around the edge of the head where the fawn fur meets the dark ears. Right now they are a bit stiff. Get some little strands overlapping there.

The area around his eyes are solid black. You will want to get some variation and detailing in there. I’m a huge fan of using black in my work, but it will very rarely be left solid black or the area will look flat. Do some glazing in this area. Pull some of the blue from the background into the rims around the eyes, onto the highlight of the eye (not the bright white dot, that can stay white, but the tone one shade down), a bit on the nose and onto the lip. I would even add some blue into the highlights on the ears. This seems less realistic because dogs don’t generally have blue in them, but in reality, their coats reflect the colors around them (assuming the photo wasn’t taken with a flash). Play that up! 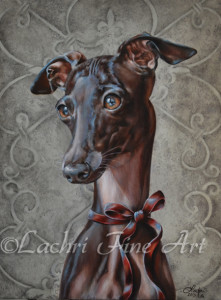 This example is on the extreme side because this dog’s fur is very dark and very sleek, but look how the blue adds to making her look more three dimensional and realistic. The sky is reflecting on her highlights and that makes her look that much shinier!

My last bit of advice is on that paw. It feels unfinished compared to the work you put into the dogs face. Make sure to spend more time on the paws if you’re going to include them into the work. It’s easy to think “meh, it’s a paw, no big deal” and rush over it, but if it’s in the work…it needs just as much time spent to get it just right as every other bit of the dog 🙂