Recently Winsor & Newton contacted me and asked if I would be interested in trying their pigment markers. I’ve never enjoyed working in markers so part of me wanted to say no, but the other part of me was like “HEY! Free art supplies!”. 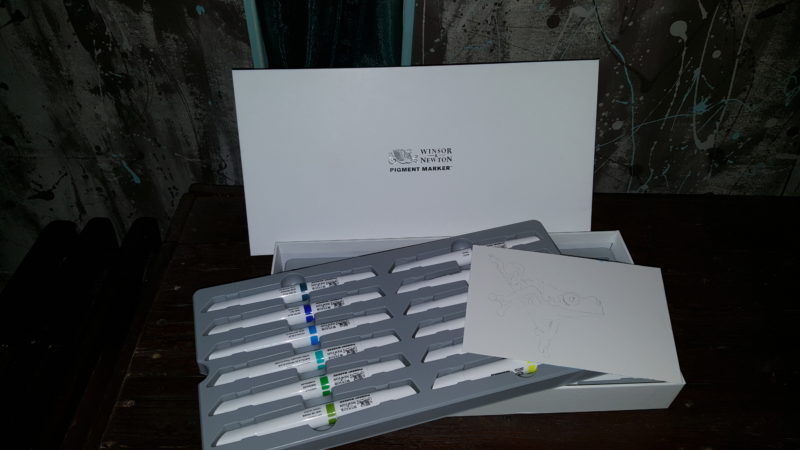 They sent me a box of 24 plus a 5×7 pad of their pigment marker paper. 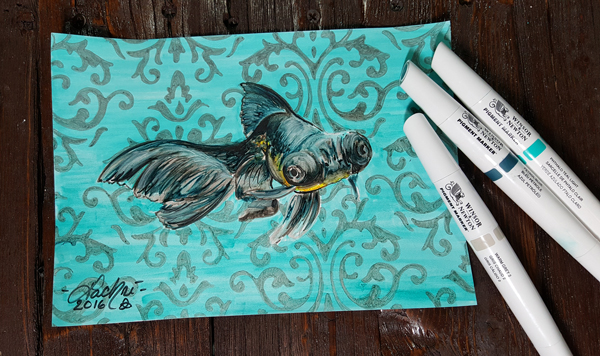 My first attempt with these markers was on this goldfish. I wanted my water to fade from light to dark and to be smooth. I had NO idea how to blend these at this point and I ended up with a very streaky background. I hid this by going over it with a damask print. Once I got onto the goldfish I started to really see how well these could blend. After this project I purchased a few more colors from dickblick.

After the goldfish I decided to look for videos where other artists had used them to get some tips. Most of what I found were people who, like me, did not know how to use them. There were a lot of videos where people were using them on regular marker paper which won’t blend well. Everything I saw were mostly cartoons which is not where my interests are. I finally found one guy who was doing portraits with these that almost looked like watercolor. I also found a few who were blending with their fingers. With my new confidence that these could create more realistic drawings…and how to blend them, I decided to livestream my next attempt. What? Something may go terribly wrong? Let’s do this live for everyone to see! haha.

Geared with my knew knowledge of blending, I worked on the yupo paper for this second attempt. I had SO MUCH FUN!!! I was so impressed by how easily these could blend. I talked with Winsor & Newton a bit more after this project and they sent me a few more markers. I also ordered some bigger pads of yupo paper to use from dickblick. 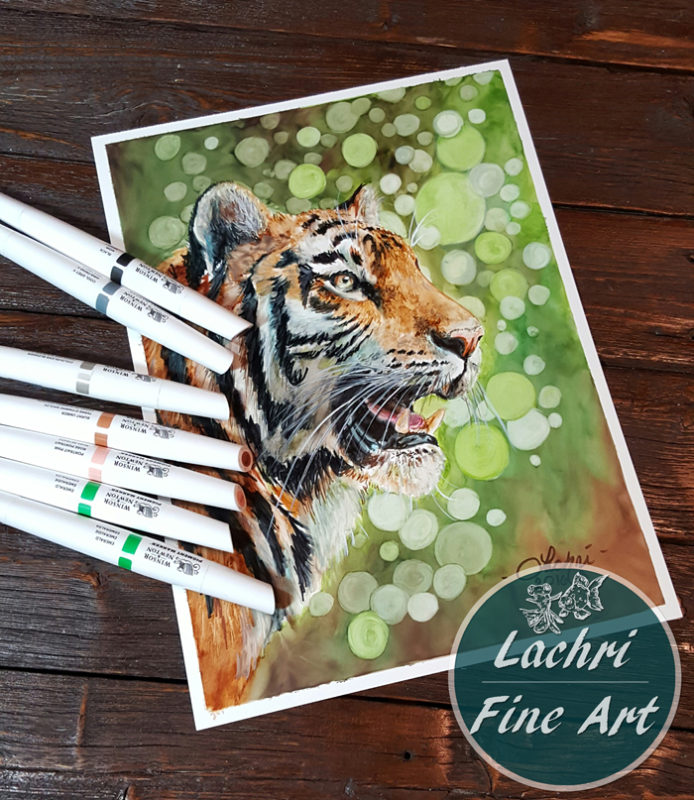 Not one to do the sensible thing and complete several smaller studies before I jumped into a bigger project, my next piece was a 9×12″ tiger. I wanted to see how it was to draw tiger with these markers. I can honestly say I’m now in love with these! This was my third time working in a medium I’ve never used and I was able to get decent results. I can’t wait to see what I can accomplish with them after more practice! 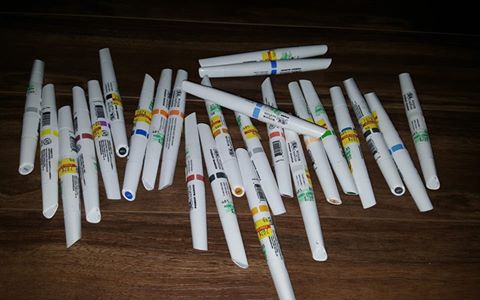 I ended up going by Hobby Lobby when I was on vacation last week and picked up 25 colors I didn’t have that were on clearance. If you are buying these markers from a store in person…CHECK THE TIPS! People are jerks and let their children jam the markers into the shelves (I used to see this all the time when I taught at Michaels and Hobby Lobby). At least half the markers I went through at the store were trashed. 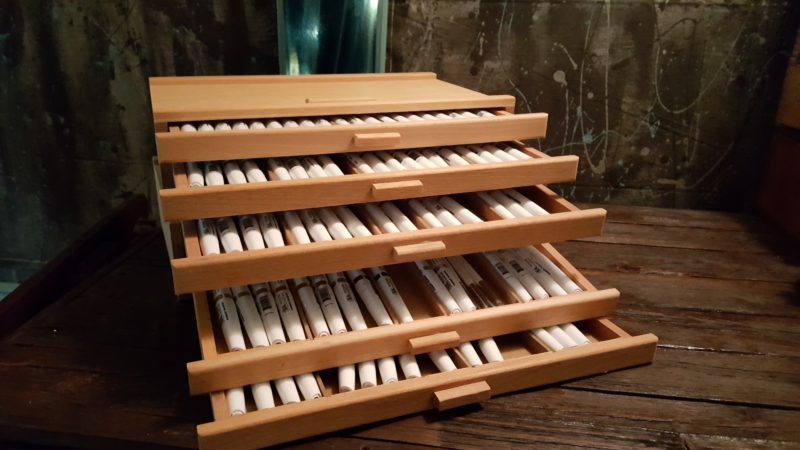 My marker obsession was not satisfied after that purchase so like any addict I went online and purchased 12 more and a new pastel box to hold the new markers in! This photo shows two 3-drawer pastel boxes. I still have room to hold about 20 more colors…I  may need to go shopping again! While my first set of markers were provided to me for free, I have loved them enough to spend my own money on more.

Normally I will include an amazon affiliate link to the products I like but I’m not here because they are SO much more expensive there than shopping at DickBlick or Jerry’s Artarama. These markers retail for about $8 each but you can get them for just over $5 each at both of those online stores.

I have a one hour version of this tutorial available for supporters on Patreon to watch now!!  If you’re unfamiliar with Patreon, you get access to my 1-2 hour long tutorials every single week for as little as $4/month along with a bunch of other rewards like reference photos!!